The rise of bitcoin has comparisons with the spread of an infectious disease, according to economists who argue the digital currency may have peaked in value as more consumers become immune to its appeal.

Analysts at Barclays said the soaring value of the digital currency last year, when prices rose by more than 900%, was helped by new buyers being “infected” by the euphoria surrounding bitcoin. The price has since crashed from almost $20,000 before Christmas to less than $7,000.

Using studies from the world of epidemiology – the branch of medicine concerned with the occurrence, distribution and control of epidemic diseases – the bank’s economists built a model for bitcoin prices that assumed more people were now “immune” to the lure of making money on the new financial asset. 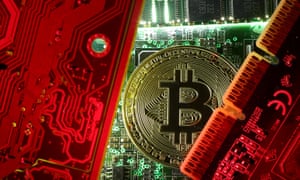