The rollercoaster ride for some cryptocurrency investors could be about to take another tax-time lurch, according to experts, as the taxman looks for his share of transactions made using bitcoin and its like.

Wild fluctuations in the value of digital currencies – bitcoin surged from less than one dollar in 2010 to $997 at the start of the 2017 to nearly $20,000 before settling back to around $8,500 on Friday – have exposed investors to tax bills the value of their coins may no longer meet.

On Reddit earlier this week, one contributor, under the heading “I just discovered that I owe the IRS $50k that I don’t have, because I traded in cryptos. Am I fucked?”, wrote they had ended up with a $50,000 tax liability on trades after they sold $120,000 worth of bitcoin to buy different coins. The current value of those coins is about $30,000. “I feel like I might have accidentally ruined my life because I didn’t know about the taxes,” the poster wrote. One complication for crypto investors is that digital currencies that were, in part, devised to operate outside of government and banking industry oversight, are still of interest to the US tax authorities, who look at cryptocurrency as property and not currency.

According to the Internal Revenue Service, anything purchased using a digital currency is liable to be taxed as a capital gain. So anyone who has cashed out or paid for anything using cryptocurrency may have capital gains to report to the IRS. 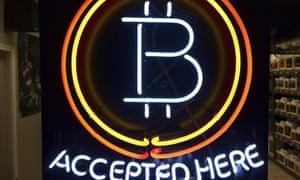