The price of a single bitcoin held steady in the last 24 hours as an increasing number of news reports detailed hacks and scandals within the cryptocurrency ecosystem. At 13:41 UTC, bitcoin was trading hands at $8,573.55, down 3.5% from its price a day ago. During this time period, the price of a single bitcoin has mostly traversed a $600 range, reaching a peak of $8,970.11 last evening.

An analyst at Bloomberg has predicted a further slide of approximately 90% in bitcoin’s price and “a strong gravitational pull towards $900” because of the increasing number of coins in circulation from its blockchain. “Parabolically increasing supply is the primary limitation to cryptocurrency market-price appreciation,” he said.

Bitcoin’s original mandate called for only 21 million coins in circulation. However, forks on its blockchain have multiplied the number of coins available to traders. 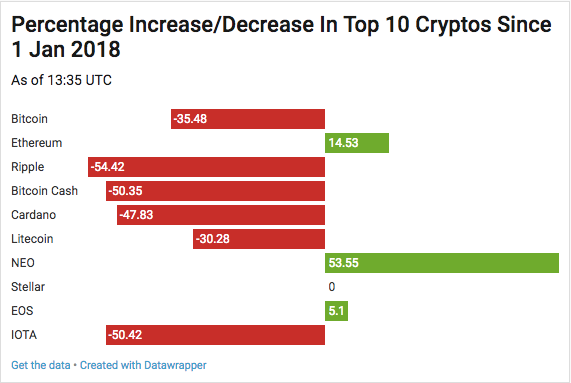