Bitcoin suffered another steep price drop on Thursday, falling 11% to $8,945 around 2:45 p.m. Eastern time. It’s never completely clear why bitcoin rises and falls on any given day, because it’s a global market with minimal transparency. But one issue that has been getting more attention in recent days is the threat of market manipulation.

A high-volume exchange called Bitfinex was reportedly subpoenaed by the Commodity Futures Trading Commission. Some bitcoin traders have raised concerns about Bitfinex and a digital coin called Tether that trades on the platform and is often used to buy bitcoin. The coin’s issuers and the exchange have the same managers, according to Bloomberg. Tether officials have claimed that it’s pegged to the dollar, giving it more credibility. 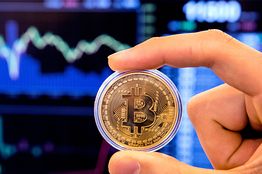