A Microsoft SharePoint Server 2010 Environment comprising of various servers which collectively hosts
the core applications and provide services, termed as SharePoint Farm is responsible for providing
various functions to its users. A three-tier architectural topology in which the SharePoint tiers (Web,
Application, and Database) are deployed using independent servers responsible for each tier is among
the most used SharePoint 2010 farm topology. To size each tier of a SharePoint farm demands detailed
study of the workload requirement and its usage patterns along with the performance capabilities of each
hardware component deployed in the system.

This paper illustrates performance of a medium SharePoint farm, built using Cisco UCS servers
implementing three tier architecture. A load generation framework to perform a load test was developed
by the SharePoint engineering team at Cisco, to measure the performance metrics while keeping the
much important response time less than 1 second. The paper shares the test results which provide
accurate guidance, better understanding of the performance impact of different SharePoint workloads,
assist our customers in sizing and designing the best farm architecture to support different workloads,
while recommending the best infrastructure elements for the optimal SharePoint implementation.

This study details information on how the recommended farm architecture could support 50000 users with
10% of total users concurrently working and show how to achieve sub second response time. Also,
highlights the performance benefits of new Cisco Servers used for this study. 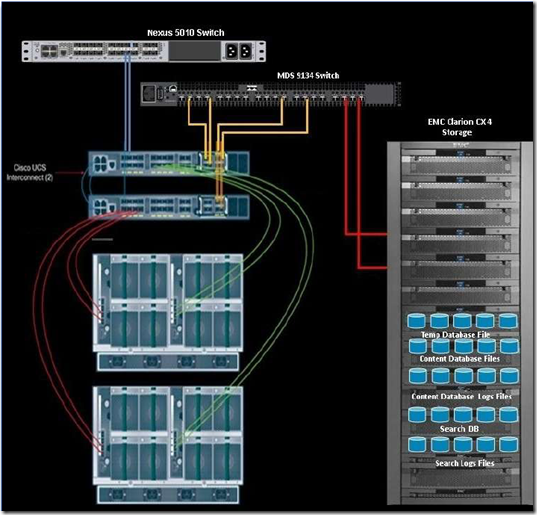